It is with heavy hearts we, the family, announce the passing of our father, James Charles ‘Jimmy’ Williams, age 89, on Friday, June 3, 2022, at the Cape Breton Regional Hospital, Sydney, with his family at his side.

Born on August 28, 1932, in Sydney, Jimmy was the son of the late Stanley and Clara (Sargeant) Williams of Ashby.

Dad was a proud Korean War Vet and would always tell everyone how proud he was to serve his country. Returning from Korea, he fell in love with the love of his life, June Fifield. Dad was a hard-working heavy-duty mechanic and always willing to come to anyone’s aid if your vehicle was broke down. For many years Dad ran his own businesses in Sydney, Jim Williams Texaco Service Station on the Esplanade and Jim Williams Fuels.

Dad also worked for Harriss & Harriss Construction and then with the CBRM where he retired. Dad was a lover of fishing and enjoyed many hours fishing with family and friends. Dads only request he told us before he passed was to get out fishing one last time. Thanks to his son-in-law, Jr. for making this happen.

The family would like to express a sincere thank you to Dr. Steven Hall and Shelly, Dr. Asim, Dr. Khodadad and Staff, Whitney Pier Legion and also the doctors and nurses in the Palliative Care unit at CBRH. A special thank you to the staff at New Dawn Homecare with special thanks to Dad’s nighttime caregivers, Ann, Francis, April and Anu. A special thank you to the VON nurses for homecare for Dad and family and friends that reached out to comfort the family in time of need. Dad is now with Mom, who he missed so much after her passing in April.

There will be no visitation for the late James Charles ‘Jimmy’ Williams as per his request. Cremation has taken place and a private family service will be held at a later date.

Donations in memory of Jimmy may be made to the Cape Breton Cancer Centre, SPCA Cape Breton or charity of your choice.

Funeral arrangements are entrusted to the care and direction of Pier Community Funeral Home. 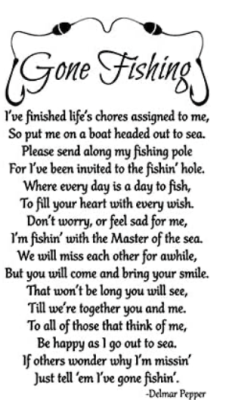 Our condolences to the Williams family. You lost a good friend Jr.
From:  John Shannon

Valerie and family
So sorry to hear of your dad’s passing. Our thoughts and prayers are with you all.
From:  Rose and Fred Fraser